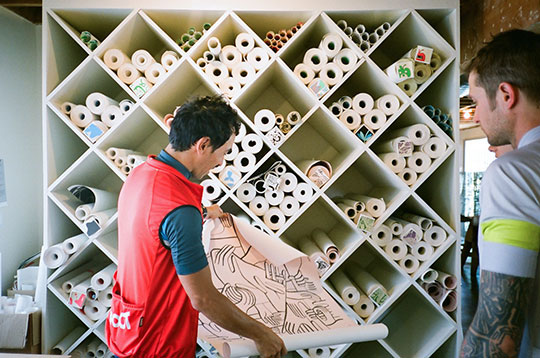 Geoff McFetridge is one of the many artists who have recently teamed up with Rapha Cycling to release a limited series of prints in conjunction with the 100th edition of the Tour de France. As it turns out, they sold out almost immediately.