For the love of snowboarding.

Client:  Compatriot Snowboards
Director of Marketing: Kelly Williams
Creative Direction:  Kelly Williams, Damion Silver
Design:  Superbase, Damion Silver, Draplin Design
Timeline:  2003-2007, 2009-2012
Project Summary:  Compatriot Snowboard Company was founded in 2003 while Superbase Creative Director Kelly Williams was attending his final year of college.  He had been an avid snowboarder for over a decade and wanted to scratch an entrepreneurial itch by creating a snowboard company that addressed the needs of backcountry snowboarders, but that didn’t feature the boring graphics that often adorned big-mountain snowboards.

At the time, most backcountry-specific snowboards were festooned with uninteresting stripes, thoughtless tribal designs, and unoriginal mountain scenes. Compatriot was a skateboarding-influenced brand [in fact, the first product offering from Compatriot was nothing more than a collection of tee shirts and hand-spraypainted skateboard decks] that collaborated with underground artists and manufactured snowboards in the USA using the most durable materials available.

Innovation was a key component to the brand, exemplified in the early experiments with reverse camber in 2004 and even the production of some prototype skis for backcountry skiers that used the Compatriot sidecut radius and proprietary carbon fiber layup. The early runs of boards were pressed at the infamous Smokin’ Factory in Tahoe up until the point that Williams put Compatriot on pause while he worked for Burton Snowboards own apparel brand, Analog Clothing. There are still a few of those early Compatriot snowboards lingering around, and they are absolute collectors items.

Following a brief hiatus, the brand was revived in 2009 after being sold to a new owner. Williams temporarily remained on staff as a consultant and art director, and this time the brand was reestablished with a dream-team roster of pro snowboarders like Kevin Jones and Rob Kingwill. Williams has gone on to design graphics and products for some of the top brands in the snowsports industry, and the mountains remain a huge inspiration to everything we do at Superbase.

Compatriot emerged from the shadows with a single objective: To handcraft the most durable, high-performance snowboards designed for riders who love the mountains and want to excel in all terrain.

The snowboards were built in very limited quantities and tested by actual snowboarders in the mountains of Jackson Hole Wyoming, not just in a factory. When Superbase founder Kelly D. Williams created this brand back in 2003, he set out with the intention of making the best snowboard for those who love the mountains, allowing riders to excel in all environments. Owning one was a perfect manifestation of an understood love for snowboarding.

Compatriot was not just a company, but an organization that was devoted to snowboarders, skateboarders, outdoorsmen, and artists. The brand debuted with one of the first “Give Back” programs in the Action Sports industry, donating proceeds from the sale of every snowboard to various organizations that deal with crucial matters such as avalanche education and safety, breast cancer research, homelessness & hunger, and freshwater conservation.

Those who rode Compatriot snowboards were unique individuals: they were committed riders who believed that snowboarding is an enigmatic expression of soulful struggle and elegant aggression. Snowboarding is personal, and the snowboard company you support should be, too.

Credits: This page is intended to serve as an archive for highlights from the Compatriot brand. Obviously not all of the work featured here was completed by the in-house team at Superbase. For example, those sweet Mercedes-Benz and Ford commercials? Yeah, we didn’t film those. Like all brands, a multitude of talented collaborators contributed to the success of Compatriot such as pro riders, photographers, product designers, etc. You get the point. 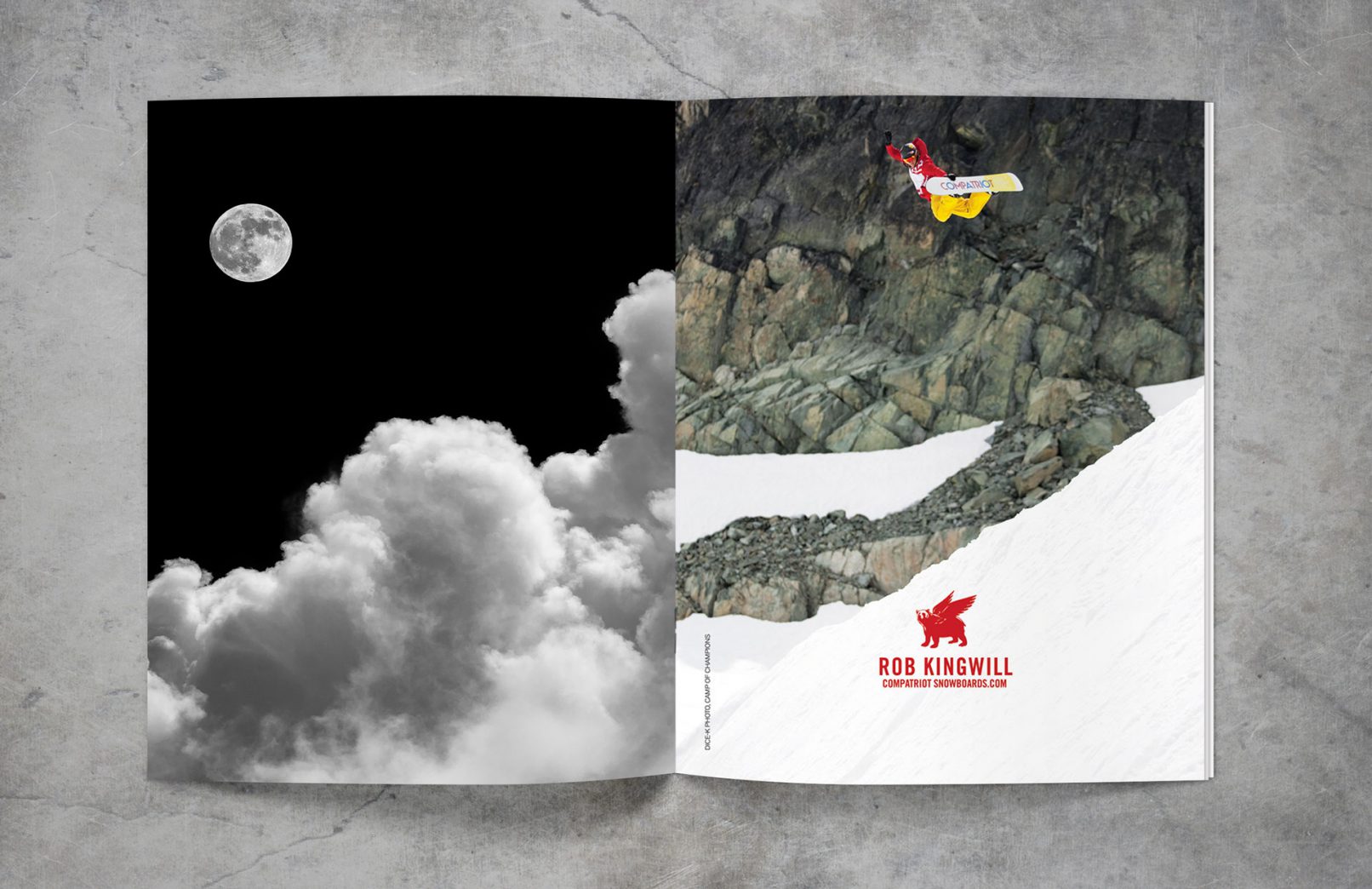 Flying High at Camp of Champions 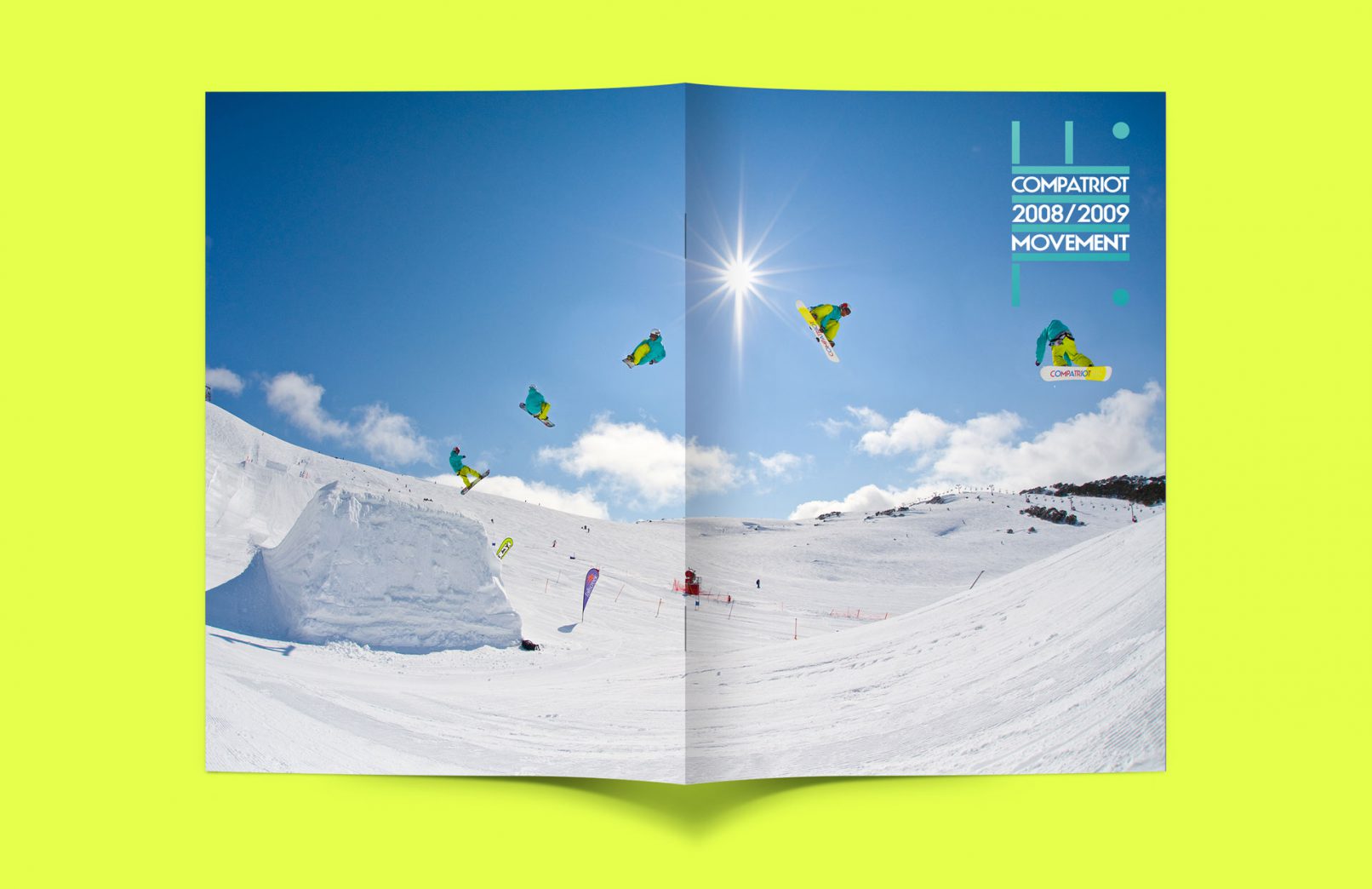 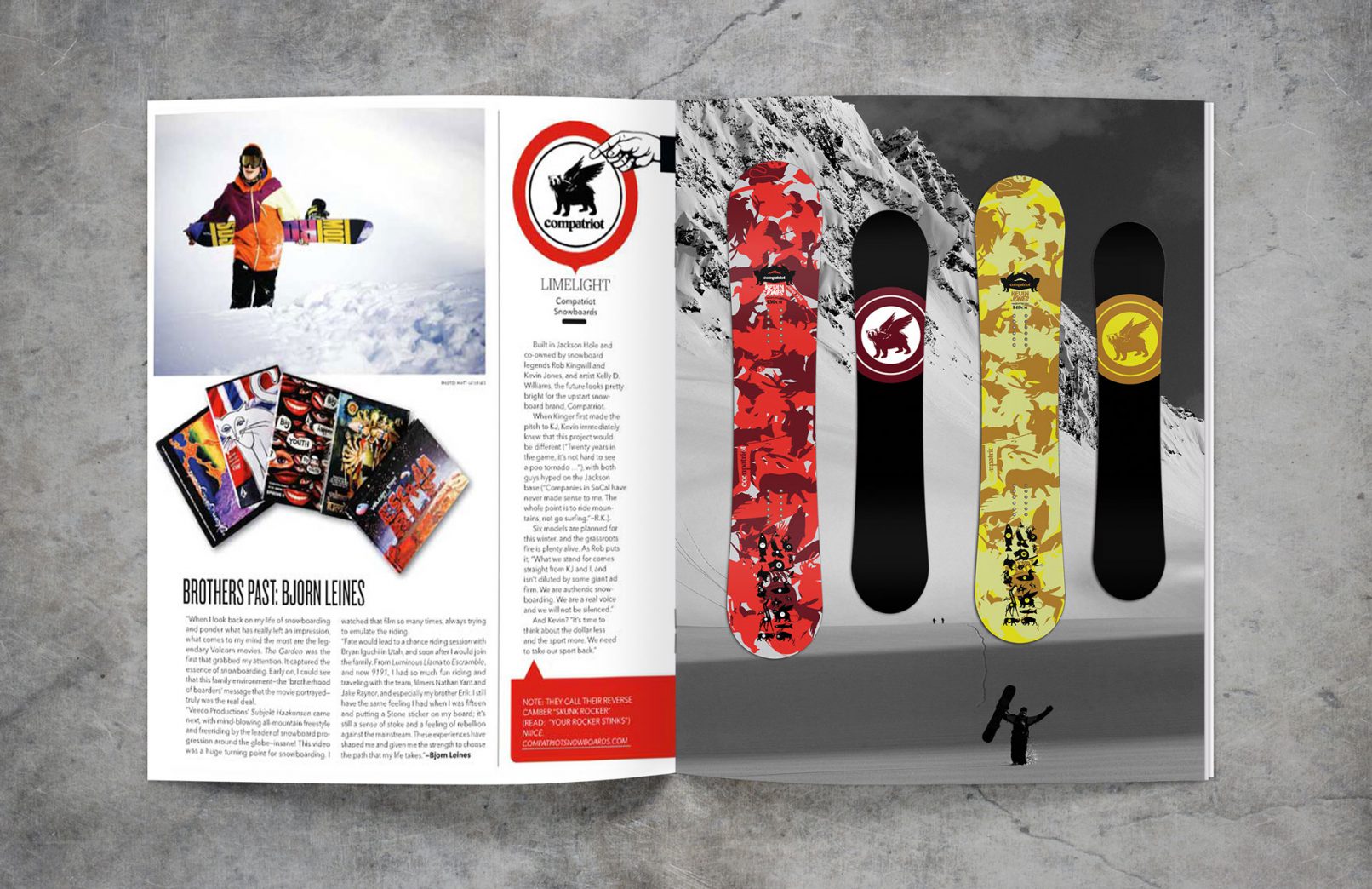 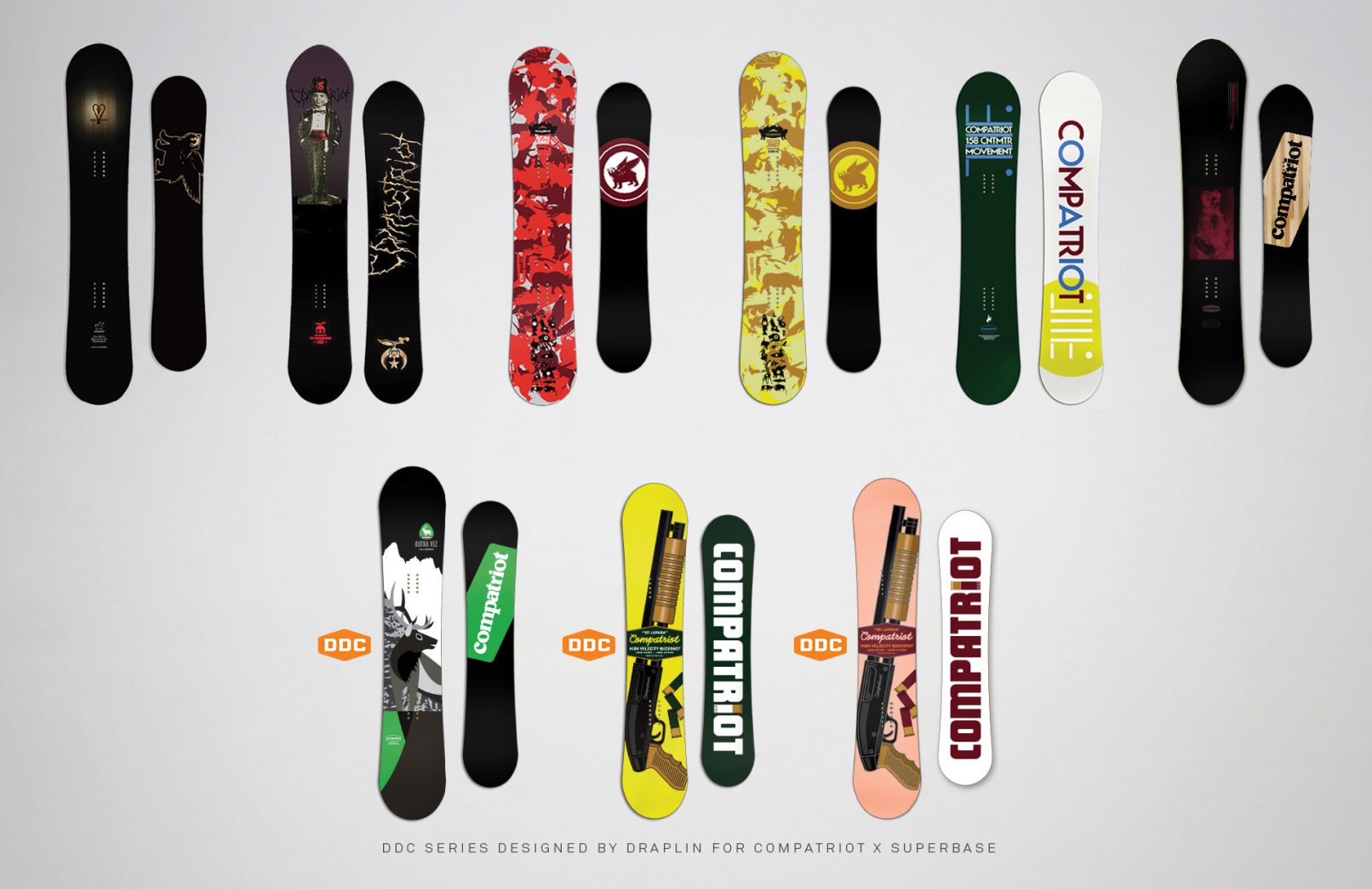 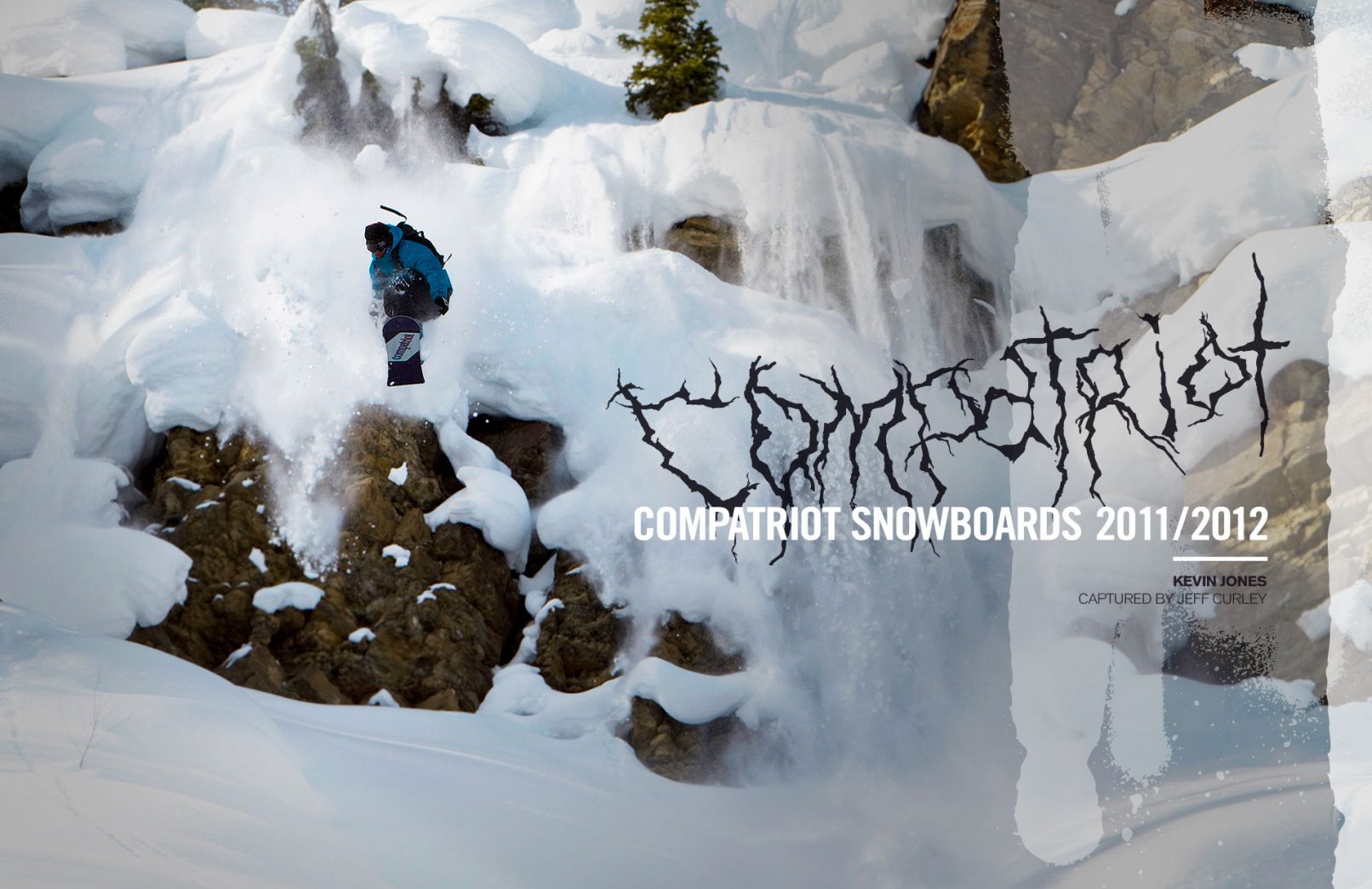