When Nitro Circus decided to call this tour the Next Level Tour, they literally meant that a whole new level of riding was being showcased for the first time. Next Level is the live show that will change the way people think about freestyle motorsports. How? Because Travis Pastrana and the Nitro Circus ramp design team have put it all on the line for this one, doubling down on the risk factor by building the largest ramps in the world. The freestyle motocross takeoff ramp alone is taller than any ramp used in a tour before, towering fifteen feet above the show floor and launching riders nearly six stories into the air.

Superbase Creative was tasked with the responsibility of creating the visual identity for this groundbreaking tour, and we knew the branding needed a cinematic, larger-than-life appeal that would do the show justice. 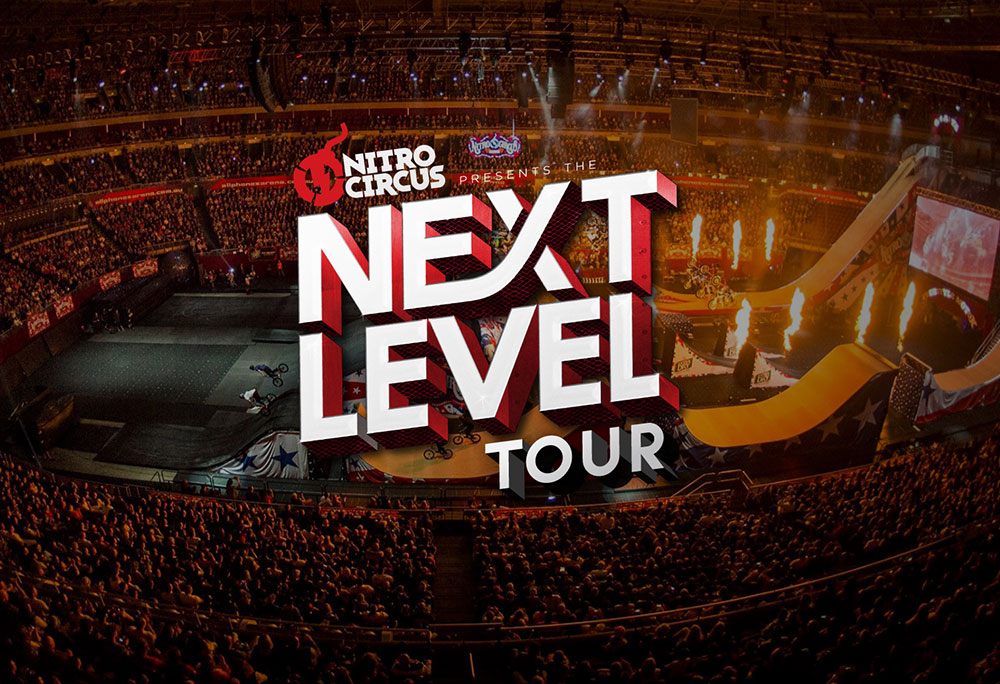 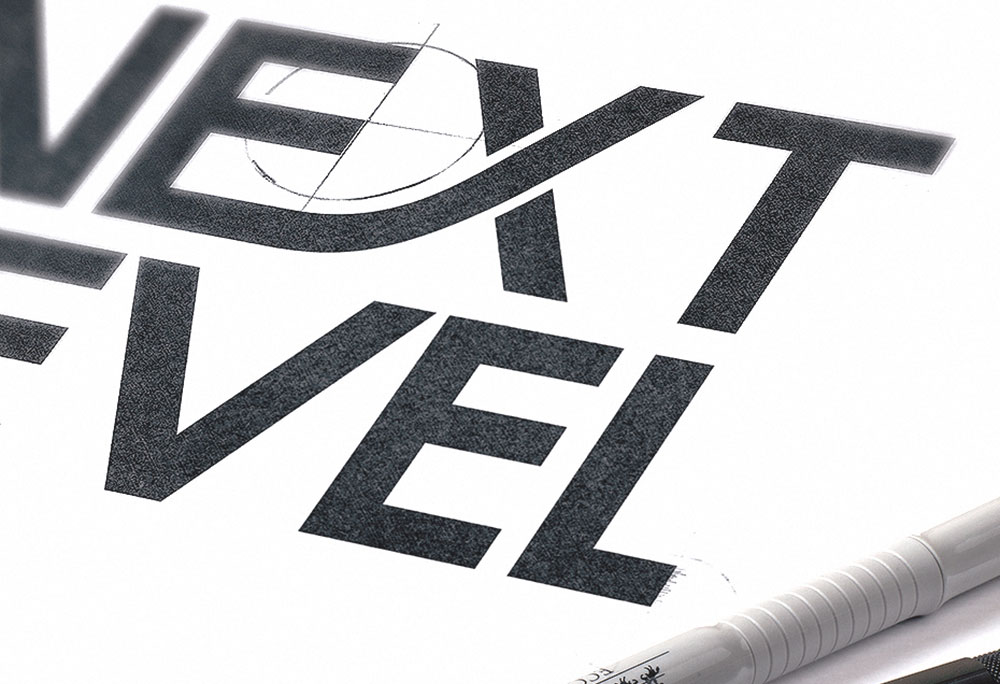 The expanded metal construction of the Next Level ramps served as the inspiration for the logo design, where Superbase created a custom typeface that included a radius akin to the transitions found in the ramps themselves.

One of the reasons the ramps used in the Next Level Tour are so special is that they feature some of the same elements from the jaw-dropping setup used by Josh Sheehan to stomp a triple backflip on a motorcycle as well as the sketchy frontflip ramp used at Nitro World Games. It was off this very same ramp that Greg Duffy made global headlines when he landed the world’s first double front flip on a motorbike. In addition to pushing FMX to its limits, a new cast of riotous Nitro Circus characters will take the idea of bad ideas to an entirely new level.

This revolutionary tour setup is the result of years of research & development, first dreamed up at Pastranaland. These lofty ramp designs were never supposed to tour, as they were always considered way too big to be set up more than once. But Nitro Circus was determined to demonstrate the madness in a live tour so fans around the world can experience what goes down at Travis’ compound. Welcome to the Next Level.

From modest beginnings in a garage back in 2003, where Travis and friends produced home videos with all sorts of crazy antics to a smash-hit TV series which has aired in over 60 countries, Nitro Circus has exploded to global popularity. Nitro Circus: The Movie 3D, featuring cast members from the television show, was released in cinemas worldwide in 2012.

Live Nitro Circus tours such as You Got This and the Next Level Tour have rolled across five continents, blown away over 2 million fans and sold-out shows in the US, Canada, Europe, Australia, New Zealand, the Middle East, South Africa, China, and Japan. With a full schedule of nearly 100 live shows each year, Nitro Circus is the world’s most successful action sports touring brand.